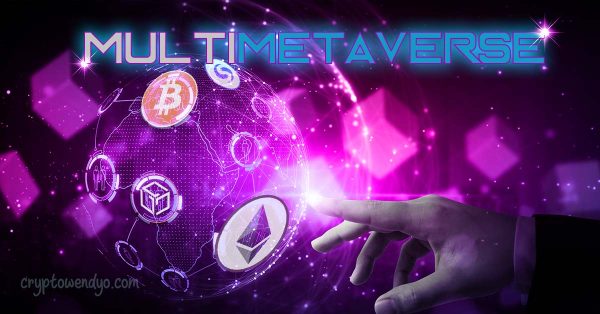 If you’ve been around the NFT space for long, you have probably heard the term “metaverse” bandied about with some regularity. In short, this is simply referring to a digital & usually visual space connecting users & dapps.

This can take the form of VR, games, social hubs, or so many other connected experiences. More commonly, “metaverse” means nothing at all, or simply the idea of a community connected by ownership of a collection.

The sky’s the theoretical limit, but also the sheer volume of metaverse-facing projects presents a real problem: fragmentation.

Imagine that you live in a small town, and they start building a mall. This is great, right? The mall has all of these stores that offer different things, and maybe a movie theater so you can watch whatever superhero nonsense is playing this summer. You can do a lot in one convenient place.

The mall was expensive to build, but the investors behind it can recoup their investment over time because the mall is busy & the stores are paying rent every month.

What happens when a second mall is built? A third? A hundredth?

What happens when 10,000 NFT projects all collectively scramble to build 10,000 malls? Or, metaverses, if you will.

The stores split between the malls with the cheapest rent, and everything becomes much less convenient. The malls’ investors lose money, because no single mall has enough stores or foot traffic to survive. Eventually, one or two malls are left standing. What if there was another way, though?

What if instead of having 10,000 malls, you just had one hyper-connected mall with customizable utilities?

We have explored this concept in the past, to some degree, with projects like NFT Worlds that allowed holders to build a metaverse space in a virtual sandbox, like Minecraft.

The Multimetaverse layout as designed for the Memphis Lions Club is something a little more structured, with a focus on entrepreneurship, networking, and creative brand-building utilities in one interconnected hub. This isn’t so much creating a space for your community from scratch, but more about easily customizing modular dapps to deliver unique experiences to your community & enabling vast utility & multiple potential revenue streams for your holders.


How do we connect the Multi-Metaverse and avoid the aforementioned fragmentation issue?

The portal you see in the bottom-right corner of the above metamap is the rightclickable Metaportal, connecting one public metaspace to another and all of them to the Memphis Lions Club metaspace, sort of the “anchor store” in this Metamall.

So instead of having a semi-accessible world in a sort of “walled garden” only your community can enjoy, you have a bridge to every other community that wants to let you explore their metaspace, and vice-versa. This all functions on the website, with the goal of being chain-agnostic but also device-agnostic.

If a Memphis Lion wants to visit the Scoogi metaspace, they can go through the portal & enter the customized metaspace for the Scoogi NFT collection. This could include a customized gallery connecting featured NFTs to their market pages, or web2-connected videos displayed in storefronts or the metastage.

This could also be user-created or even 3rd party-sponsored. The content is similar to web2 video like YouTube, but the ownership, payments, and upvoting are handled through wallet connectivity.

There might even be limited NFT airdrops, or coupons for Scoogis merch available from the airship dapp, or unique experiences and games in the Arena.

Each metaspace would be gatekept (or not) according to settings at the community, collection, or user level, allowing folks to decide how public their space is. Your NFT is your access pass to not only your community, but also to the wider expanse of connected public metaspaces.

This gives you a wide range of utilities for your brand or community, right from the start, without the upfront expense of hiring developers to build out each function. It also gives you easy access & networking among all of the connected communities & metaspaces.

The goal was to remove the up-front costs & barriers for entry (development, marketing, security, hosting, drops & associated contracts) that keep a lot of creative folks out of the space (and wealthier scam artists in), and give the power back to the creatives and entrepreneurs to grow their brand or community without all the hurdles.

At the head of  the Memphis Lions Club project is Memphis Depay, football star, entrepreneur, rapper – there are very few spaces that Memphis hasn’t already tackled. The NFT space was crowded, though, with so many ‘celebrity projects’ fizzling out before our eyes.

Memphis wasn’t interested in attaching his name to just another jpeg. He wanted to attach his name to an innovator, and a tool for entrepreneurship, creativity, and growth.

Lions are the nation-builders of the big cat breeds. They form a Pride, raise a new generation of Lions, and send them out to conquer new territory and form Prides of their own.

This is what it means to “Live Like a Lion”. This is the community-building & incubation-focused mindset that conceived of the Memphis Lions Club and the Multimetaverse.

If you’ve ever built a PC, you’re probably thankful for one thing: standards. This is what keeps upgrades & repairs easy, with new parts fitting into standard ports or slots, with standardized connectors. As innovation happens, standards change and parts change along with them.

This is the beauty of an interchangeable multimetaverse (MMV). As creation standards are released, any member of the thousands of connected communities could decide, “I can design a nicer skyscape.”, or, “I can create a better airship for the airdrop dapp”.

They design to the standards of the MMV and release it through the connected marketplace, allowing other communities to purchase their new designs & immediately begin using them in their own metaspace.

In this way, every bridged metaspace receives not only the utility of the customizable modular dapps within their space, but also the ability to network and participate in a greater interconnected ecosystem that empowers all users within the MMV and connected networks & communities.

This is the same sort of innovation that had me so excited in my recent article on Bridges, because walled gardens feel functionally useless, or “dead”, to me. The beauty of crypto, in my opinion, is in the network effects, and interconnected spaces & protocols.

Humorously enough, as I was writing this article some of the “big names” in the space began to realize what we already knew – you need standards, or none of these spaces can fruitfully connect & grow.

That is why I am proud to work with the Memphis Lions Club on innovating in this way, and putting the creative power back in the hands of communities & individuals. Until next time; build bridges where you can.

Disclaimer: I (Sherpa) advise the Memphis Lions Club in a professional capacity, and fully acknowledge an inherent bias in discussing projects I work with.

With that being said, I choose the projects I advise very carefully, and wouldn’t work with a team that wasn’t building something I believed in. I have multiple references to that effect, from advisories I’ve withdrawn from after an inadvisable shift in direction. Just ask. 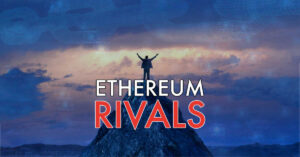 Ethereum Rise of the Rivals 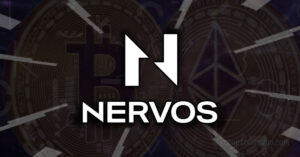